Dayton Title Company has been serving our community for over a century and we are the only locally owned title company in Columbia County. Our goal is to provide prompt and accurate reports and policies prepared by a team of title and escrow experts with over 90 years of combined knowledge and experience.

We will offer you a personalized service that is professional, courteous, and dependable. We are dedicated to providing you outstanding service and products. 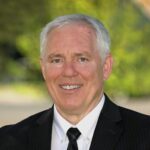 G. SCOTT MARINELLA is a co-owner of Dayton Title Company since 1986.  Scott has been actively involved in all varieties of real estate transactions for over 30 years.  He has experience in real estate title commitments and policies of all shapes and sizes, including those issued for residential, commercial, and agricultural transactions and wind energy projects.  Scott graduated from Central Washington University in 1977 with a degree in business.  While working for Commercial Union Assurance Company he received an MBA from National University in 1980, and attended Gonzaga University School of Law graduating in 1983.  Scott was admitted to the Washington State U.S. District Court, Eastern District Bar Associations in 1983 and 1984 respectively, and has argued cases before the Washington State Court of Appeals as well as Washington’s Supreme Court. 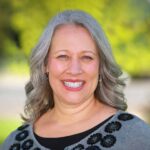 KIMBERLY R. BOGGS is a co-owner of Dayton Title Company since 2015. Kim has been actively involved in all varieties of real estate transactions for over 20 years. Kim’s experience includes residential, commercial and agricultural real estate transactions as well as easements and boundary line disputes. Kim graduated from Eckerd College in 1991 with a degree in Philosophy and received her Juris doctorate from Seattle University in 1994. Kim is admitted to practice in Washington State and U.S. District Court for the Eastern District of Washington. She served as a Deputy Prosecuting Attorney for Columbia County, Washington from 1994 to 1998. She served as the Attorney for the City of Dayton from 2000 to 2012. She is currently the Attorney for the Port of Columbia and the Columbia County Public Hospital District. She is a member of the Washington State Bar Association and served as President of the Walla Walla County Bar Association in 2015.

CARRIE ABEL is ready to assist you with your title needs and information.

ALICIA JONAS is ready to assist you with your title needs and information.